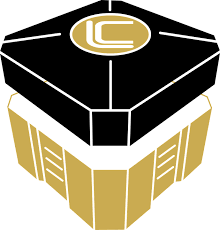 Loot boxes have become a staple in a number of video games, particularly in massive multiplayer online games. Now, regulators in the UK are tabling a ban on them.

In video games, a loot box is a consumable virtual item which can be redeemed to obtain a random selection of further virtual items, ranging from simple customisation options for a player’s avatar or character to game-altering equipment, such as weapons or armour. Loot boxes are generally a form of monetisation: Players either buy the boxes directly or receive the boxes during play and later buying “keys” with which to redeem them.

If one breaks down the constituent elements of this feature, one can identify a system by which a player spends money for the chance to obtain a desired prize.

Examining these mechanics from this perspective, regulators in the US and the UK are considering whether loot boxes should be considered a form of gambling.

The UK Department for Digital, Culture, Media & Sport Committee (DCMS) has released a report inquiring into the growth of “immersive and addictive technologies”, in which it recommends that the UK Government regulates loot boxes under the Gambling Act.

The chief recommendation is that loot boxes should classified as games of chance under section 6 of the 2005 Gambling Act.

In addition, the DCMS recommend that the UK Government should advise PEGI (Pan European Game Information), the European video game age ratings organisation, to apply the existing ‘gambling’ content labelling and corresponding age limits to games containing loot boxes that can be purchased for real world money and do not reveal their contents before purchase. At present, the PEGI descriptor for in-game purchases does not specifically differentiate between loot boxes and other items.

The report also recommends publishers be ordered to remove loot boxes from games aimed at children. Loot boxes were previously not considered gambling because no real-world monetary value can be ascribed to items from a loot box. The Committee acknowledged that there is not definitive evidence to show that using loot boxes can turn people into problem gamblers, but points to studies in teenagers which show that they are more vulnerable to developing problem gambling habits from loot box play than adults are. Therefore, a precautionary approach should be taken, meaning that loot boxes should not be allowed in games played by children until evidence exonerates them.

The Committee has further stated that if the Government decides not to regulates loot boxes under the Gambling Act, it should provide a clear explanation of why loot boxes that are paid for with real-world currency do not constitute games of chance.

While these recommendations are not legally binding, the report has sparked intense discussion, and it may well be the case that these video game mechanics shall soon be regulated.